Methanol, as both a chemical building block and a fuel, can support the transition to a low carbon economy.

Methanol can help meet the increased demand for petrochemicals-based products and reduce air pollution and GHG emissions from combustion-related applications. Methanol can also be made from renewable sources and support the long-term decarbonization of both the chemicals that make modern life possible and the transportation sector.

By leveraging our existing production assets and leading market position and by collaborating with government and industry, we will drive solutions that can meet growing demand for our product in ways that respect the environmental commitments of our company, industry and customers.

Two priorities are guiding our activities to support a transition to a low-carbon economy: producing low-carbon/carbon neutral methanol and growing markets for methanol.

Thermal applications such as industrial boilers and cooking stoves

Low carbon methanol as a feedstock for chemical applications

How is Methanol Produced?

While methanol can be produced from different feedstocks and by using different energy sources, the resulting methanol is always chemically identical and can be used for the same applications. At Methanex, we produce methanol primarily from natural gas, and are committed to exploring different methods to reduce the carbon intensity of our production process.

At Methanex, we produce methanol from natural gas, and are committed to exploring different methods to reduce the carbon intensity of our production processes. 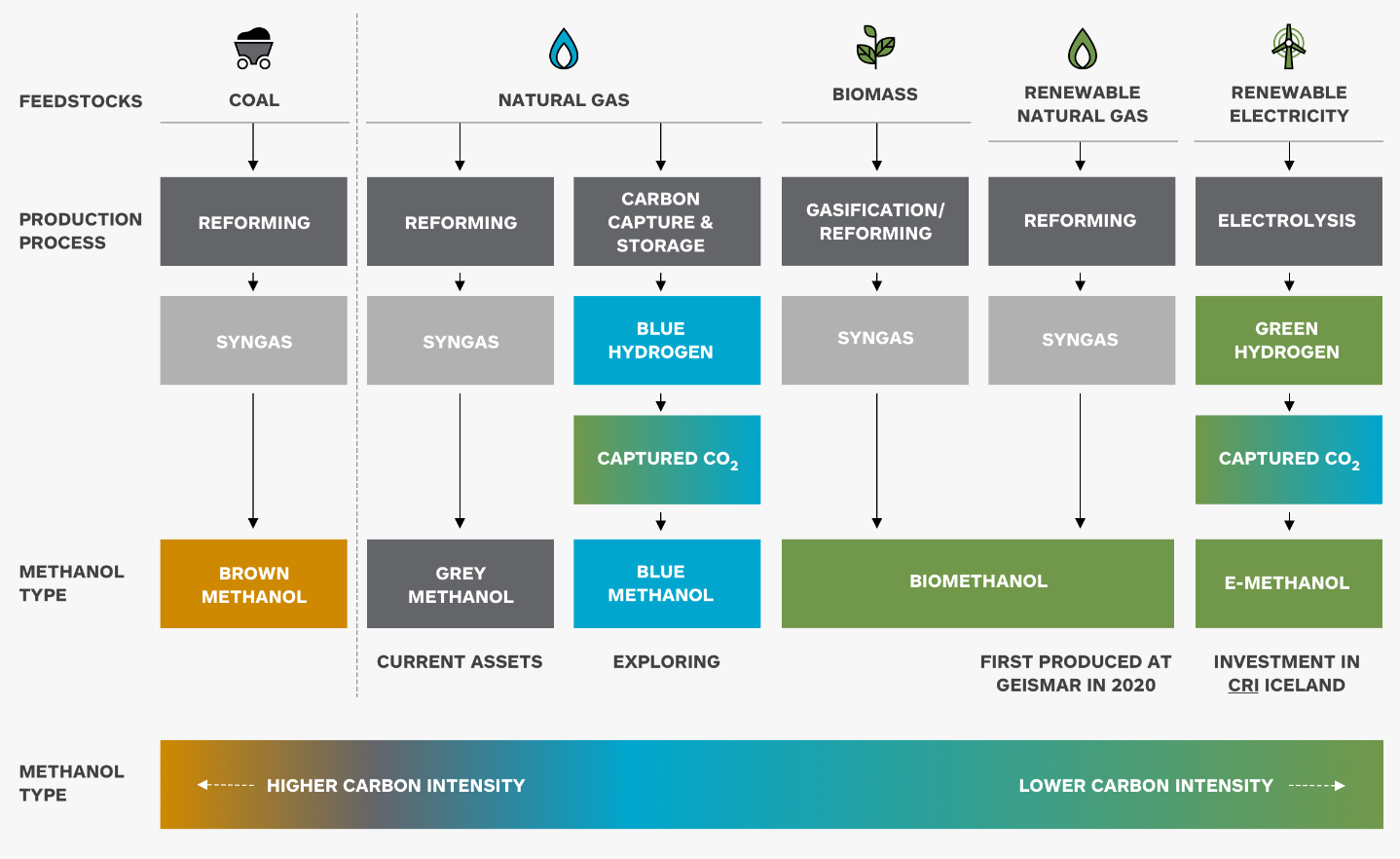 Other than producing renewable methanol at scale, CCUS holds the greatest potential to materially reduce emissions from the production of methanol.

We’ve invested time and resources into better understanding the potential that carbon capture, utilization and storage (CCUS) holds for reducing our Scope 1 emissions from manufacturing.

CCUS refers to the process of capturing CO₂ from fuel combustion or industrial processes, purifying and compressing the CO₂, and transporting it via pipeline to either be reused as a feedstock or be stored underground in deep geological formations. 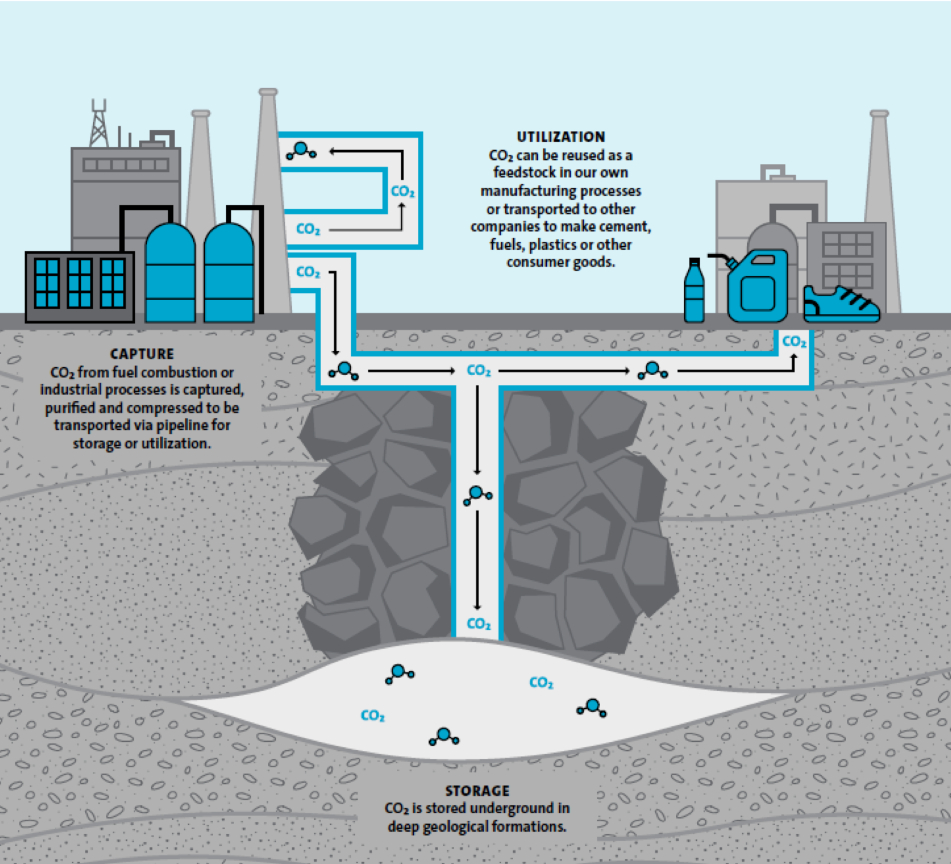 In 2021, we established a CO₂ Emissions Management Leadership Team (CO₂ Team) to find further solutions to improve our energy efficiency and lower the CO₂ emissions from our current assets. Over the past year, they oversaw key accomplishments include standardizing measurement and reporting of CO₂ emissions for all sites to ISO standards and establishing performance benchmarks for emissions intensity capability (tonnes of CO₂/tonne of methanol under optimal operating conditions) at each of our plants. Together, these accomplishments enable effective target setting for emissions reductions, and accurate and timely measurement of progress against these targets.

Also, each of our six manufacturing sites held workshops to identify potential emission reducing projects for submission to the CO₂ Team for consideration. The CO₂ Team reviewed and prioritized the projects based on three key factors: potential impact on CO₂ emissions, cost, and timing considerations (i.e., they require time to develop technology or they require a plant turnaround). Projects chosen will be implemented in the next few years.