Community, companies give park a makeover 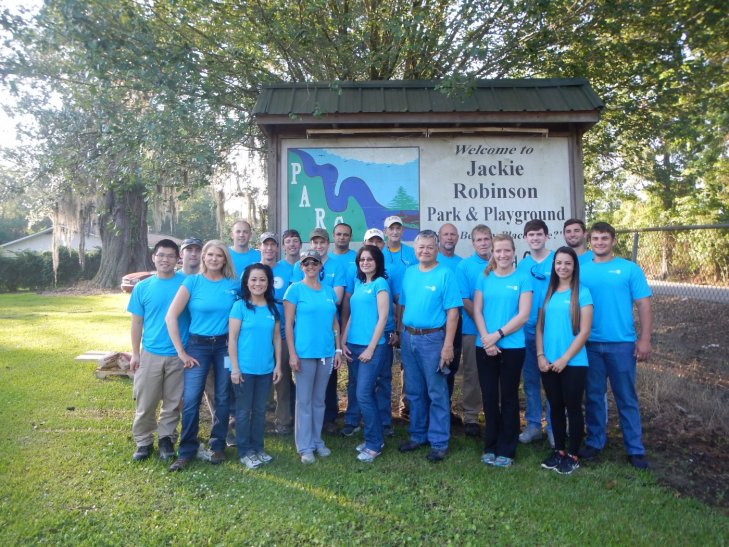 Ascension Parish government employees, sheriff’s deputies and local companies teamed up with Methanex employees to refurbish and spruce up Jackie Robinson Memorial Park in Geismar on May 24.

“The work that Methanex and these companies have done is phenomenal,” Matassa said. “The donated materials and labor bring Jackie Robinson Park back to its original condition. They have shown by hard work that they are committed to the community.”

“We just wanted to be a good corporate neighbor,” Mahoney said. “This park has meant a lot to the community when it was first installed but has gotten a little worse for the wear, so we’re out here to try and put some good sweat equity into it. We’ve gotten a lot of materials donated by companies around the area, and we’re very appreciative for them. So it’s a great work day for us out here to give back to the community.”

Mahoney said workers installed rubber mulch under the playground structures, fertilized fields, pressure-washed and painted, rebuilt the dugout at the ballfield, picked up trash and limbs, and painted games on the sport court, including four-square, hopscotch, jump measuring and volleyball.

Parish crews installed concrete floors and new fixtures in the bathrooms. They also removed downed trees and limbs from the property.