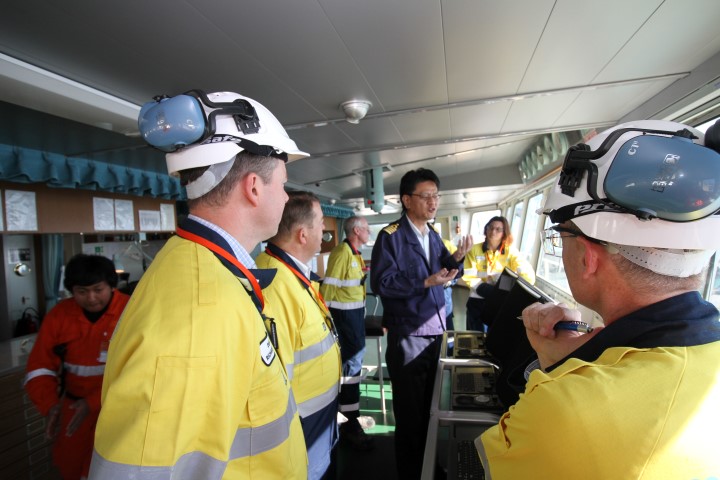 Methanex New Zealand welcomed today the Taranaki Sun, a methanol-powered vessel, to Port Taranaki to receive delivery of another high-value shipment of methanol destined for Asia.

“It is exciting to see the Taranaki Sun vessel again as it represents a significant contribution to New Zealand, both economically as well as environmentally”, says Methanex New Zealand’s Managing Director, Dean Richardson.

The Taranaki Sun, and other methanol-powered vessels in the Waterfront Shipping fleet, significantly reduce the emissions of sulphur oxides, nitrogen oxides and particulate matter while also reducing CO₂ emissions.

“We are proud of the contribution that Methanex is making to improve the environment, with methanol seen around the world as a cleaner-burning fuel compared to alternatives” added Dean.

Methanex, through its wholly-owned subsidiary Waterfront Shipping, has invested in eleven methanol-powered vessels, representing 40% of its global fleet. Waterfront Shipping was recently recognised in the Lloyd’s List Americas Awards 2018 for Best Fuel Solution for its investment in sustainable marine technology. Stena Line, one of the world’s largest ferry operators, has also adopted the use of methanol as a marine fuel on the Stena Germanica ferry operating in the Baltic Sea.

The International Maritime Organisation (IMO) has introduced stringent regulations from 2020 that require all ocean going vessels to use a clean-burning fuel, and there is a growing market for methanol to replace non-compliant marine fuels.