April 2017 marks one-year since Methanex Corporation’s wholly-owned subsidiary, Waterfront Shipping, welcomed seven of the world’s first ocean-going vessels capable of running on methanol into its fleet. The first three vessels were delivered in April and the remaining four later in 2016. 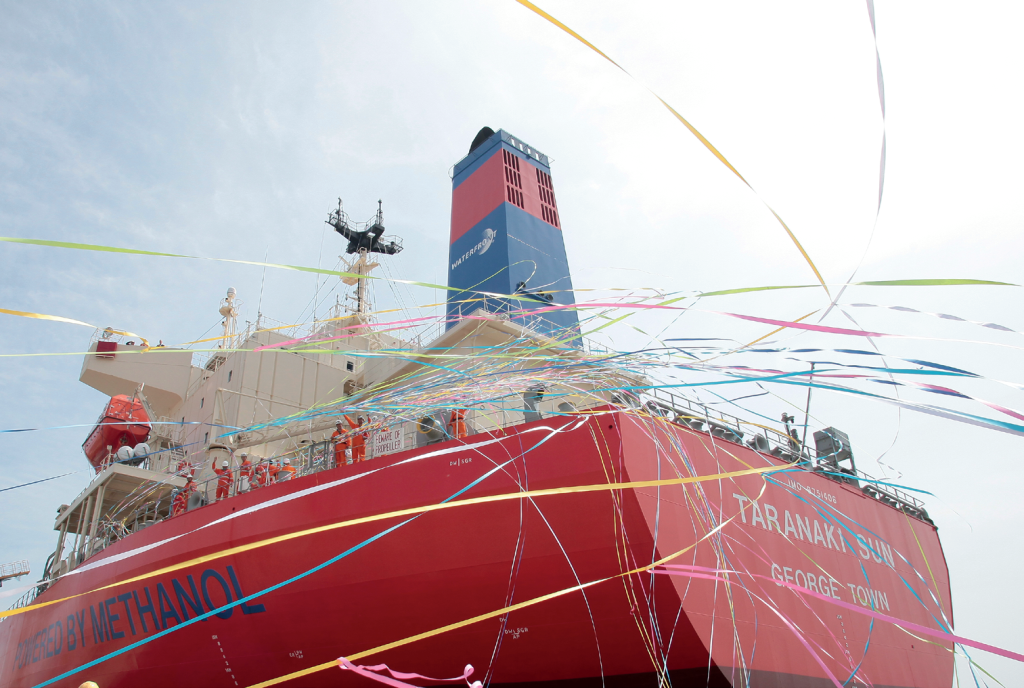 These innovative vessels have achieved accolades from the marine industry for their use of clean-burning methanol as an alternative marine fuel. Over the past year, the seven 50,000 dead weight tonne methanol tankers – powered by two-stroke dual-fuel engines capable of running on methanol, fuel oil, marine diesel oil or gas oil – have been operating safely and reliably across the globe.