VANCOUVER, BRITISH COLUMBIA (April 14, 2020) - Methanex Corporation, Stena Line, and Wärtsilä are proud to mark five years of successful operation of the methanol-fuelled ferry Stena Germanica. This was the first ship in the world to run on methanol as a marine fuel, signifying a major milestone in the continued shift towards a more sustainable future for commercial shipping in line with the industry’s decarbonization efforts. 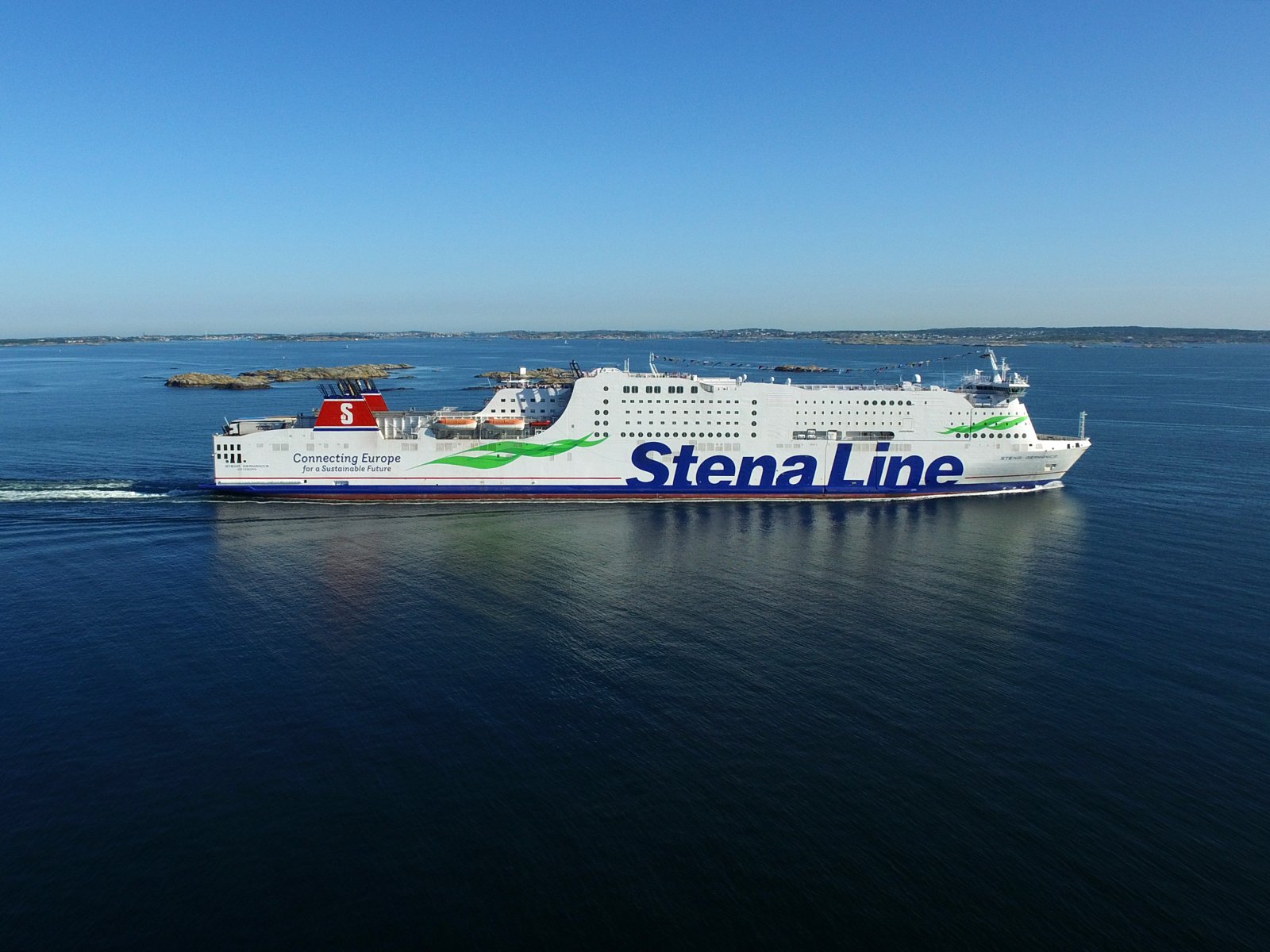 Stena Germanica was converted to be capable of running on methanol fuel in early 2015 at Remontowa Shipyard in Poland. The 240-metre long ferry, with a capacity for 1,500 passengers and 300 cars, was retrofitted with a first-of-its-kind fuel-flexible Wärtsilä 4-stroke engine that can run on methanol or traditional marine fuels. The ferry began the world’s first methanol-powered sailings between Gothenburg, Sweden and Kiel, Germany in late-March 2015.

“Being the owner of the world’s first ship with methanol-fuel represented a great step on our journey to become the leader in sustainable shipping, and is an achievement we are very pleased to share as we mark the five-year anniversary of Stena Germanica’s successful operation on methanol,” says Carl-Johan Hagman, Head of Shipping & Ferries at Stena AB. “The project took shape thanks to excellent cooperation between Methanex and Wärtsilä, and many areas within Stena.”

“Stena Germanica’s retrofit is yet another example of Wärtsilä’s leading position in bringing to the market innovative systems that increase efficiency and support environmental sustainability. The use of methanol as a marine fuel is likely to increase in the future, and high quality, reliable, smart technologies are essential to success,” says Toni Stojcevski, General Manager, Sales & Development, Wärtsilä Marine.

As part of its programme aimed at the enablement of viable sustainable fuels, Wärtsilä is continuing to invest in methanol for marine fuel applications, and further development work and testing procedures are planned.

Starting January 1, 2020, restrictions on Sulphur oxide (SOx) emissions were launched by the International Maritime Organization (IMO) globally. As a marine fuel, methanol is compliant with the IMO’s 2020 regulations by reducing Sulphur oxides (SOx) by approximately 99 percent, and has the ability to meet Tier III nitrogen oxides (NOx) regulations without exhaust after-treatment. Methanol is already well positioned globally as a marine fuel, as it is available at more than 88 of the world’s top 100 ports.

“Our aim has always been to take a leadership position by being at the forefront of innovation in commercial shipping,” says Stuart McCall, Director, Business Development at Methanex Corporation. “Thanks to projects like this, methanol has been proven as a safe, reliable, and cost-effective marine fuel, and we continue to uncover innovative technological advances that optimize the performance and efficiency of the fuel as the market for methanol-powered vessels keeps growing”.

Methanol also offers a clear pathway towards meeting future carbon reduction targets in 2030 and 2050 when produced from renewable sources.

Stena Germanica’s conversion was a co-operation between Methanex Corporation, Stena Line, Wärtsilä, the Port of Gothenburg, and the Port of Kiel. The project was co-financed by the European Union and the classification of the conversion to methanol was conducted by Lloyd's Register. In the five years since launch, the market for methanol-powered vessels has seen continued growth. Methanex Corporation, through a wholly-owned subsidiary, Waterfront Shipping, operates the world’s largest methanol ocean tanker fleet with 11 vessels. Stena Bulk recently announced a joint-venture with Proman Shipping to build two methanol-powered vessels with delivery scheduled for the beginning of 2022.

About Methanex Corporation
Methanex is a Vancouver-based, publicly traded company and is the world's largest producer and supplier of methanol to major international markets. Methanex shares are listed for trading on the Toronto Stock Exchange in Canada under the trading symbol "MX" and on the NASDAQ Global Market in the United States under the trading symbol "MEOH”. Methanex can be visited online at www.methanex.com.

About Stena Line
Stena Line is one of Europe's leading ferry companies with 37 vessels and 20 routes in Northern Europe. Stena Line is an important part of the European logistics network and develops new intermodal freight solutions by combining transport by rail, road and sea. Stena Line also plays an important role for tourism in Europe with its extensive passenger operations. The company is family-owned, was founded in 1962 and is headquartered in Gothenburg. Stena Line is part of the Stena AB Group, which has about 16 000 employees and an annual turnover of around 36,5 billion SEK. For more information please visit www.stenaline.com.

About Wärtsilä
Wärtsilä is a global leader in smart technologies and complete lifecycle solutions for the marine and energy markets. By emphasizing sustainable innovation, total efficiency and data analytics, Wärtsilä maximizes the environmental and economic performance of the vessels and power plants of its customers. In 2019, Wärtsilä’s net sales totaled EUR 5.2 billion with approximately 19,000 employees. The company has operations in over 200 locations in more than 80 countries around the world. Wärtsilä is listed on Nasdaq Helsinki. www.wartsila.com.