This year marks our 30th anniversary, and we’ll spend the year reflecting on and celebrating some of the milestones and achievements from around the globe that have contributed to the positive and lasting impact we’ve had on our industry and our communities.

We’re kicking off our first of a series of articles and videos with a look back at how Methanex came to be and our beginnings in Kitimat, a small community along the coast of Northern B.C.

Our site at Kitimat, which included one methanol plant, two ammonia plants, and tanks to store our product.

Methanex was formed in 1992 when our parent company, Ocelot, split into three separate entities. Ocelot was a Calgary-based oil and gas exploration company formed in 1968. The company had gas reserves in northeastern B.C. and a vision that Kitimat would be the home to several petrochemical plants. The methanol plant started production in 1982.

“The methanol plant in Kitimat was the first petrochemical plant in B.C.,” recalls Sab Ribeiro, who was a Maintenance Technician in Kitimat at the time, and is currently a Global Consultant for Rotating Equipment on the Global Experts team. “The team in Kitimat was so proud to be working together and developing our careers at what was considered the gem of the Pacific northwest. Everyone wanted to work at our plant, and I still have some mementos from my time there.” 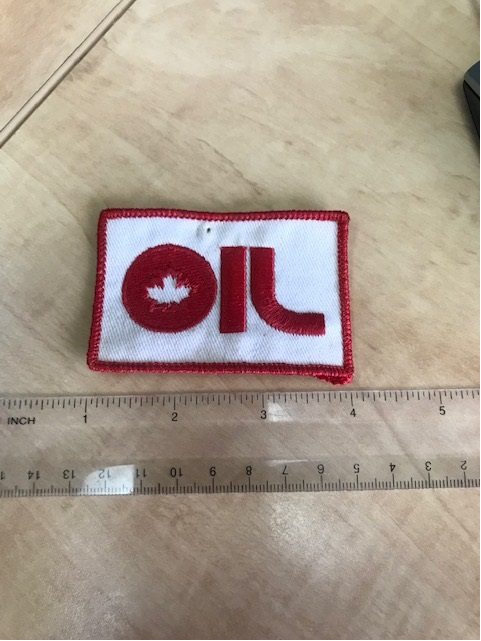 Sab’s Ocelot Industries Ltd. Patch from his work jacket, which he received around 1983.

The economics of our business have always been cyclical, and methanol producers  around the world struggled with those ups and downs, including at our Kitimat site.

“To help buffer against those cycles, the business was diversified, and two ammonia plants were added to use the excess hydrogen produced in our methanol plant as an input,” says Kevin Henderson, Senior Vice President, Manufacturing.

“I remember the challenge of operating both the methanol and ammonia plants with a reduced crew during one of the downturns,” says Sab. “I’ll always remember how everyone came together to work incredibly hard to keep operations running safely. We each had a heightened sense of ownership in everything we did.” 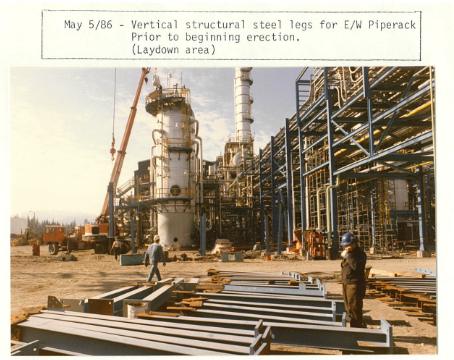 Construction of the ammonia plant. The plant combined the excess hydrogen from producing methanol with the nitrogen in the air in a process that produces ammonia. We partnered with Mitsui & Co., Ltd. who marketed that ammonia internationally.

Shutting down our Kitimat plants

From around 2000 to 2008, gas prices in North America rose steadily, partially because of supply shortages.

“Due to the high North America gas prices, I think at one point, all methanol-producing natural gas-based plants in North America shut down, and soon afterwards, so did some of the ammonia producers,” says Kevin. “North America became an import market for methanol.”

Given the high price of gas, particularly for our remote Kitimat location, we made the decision to cease production there and shut down our plants in 2005, having exhausted all alternatives available to us at the time for cost-effective natural gas for our operations.

Though our methanol and ammonia plants were shut down, we still had a rail facility and storage tanks on site that we could leverage to generate income. In 2005, we signed an agreement with Encana which later became Cenovus (the oil business of parent company Encana) to store (or ‘terminal’) petroleum condensate, a product used to dilute oilsands oil (bitumen) for transport in pipelines.

Methanex employees maintained the terminal, offloaded incoming product from ships, loading that product onto railcars and sending it to Northern Alberta for use.

In 2010, Cenovus purchased the site as part of the terminal agreement and soon sold it to Shell. We remained on site for two more years to complete a site remediation project before leaving the site permanently. The methanol and ammonia plants were sold and relocated to China.

Over the course of our time operating in Kitimat, our team excelled both in their work and in their contributions to the local and global communities. They’ve been recognized for their efforts on teams around the world, including on plant turnarounds and establishing plants in Chile, Egypt, and Trinidad.

“We had an incredibly talented and knowledgeable team working at Kitimat, but we learned so much working with our colleagues in New Zealand, Chile and Medicine Hat,” says Sab. “We were new to the petrochemical scene, and our colleagues around the world raised the bar for us. Their expertise helped all of us in Kitimat succeed in our careers, and it was an amazing opportunity to open us up to other cultures and ways of doing things. I’ll always be grateful for that.”

Over the course of the year, each of our manufacturing sites will be hosting local celebrations. We’ll continue to add stories to this page as they are released by our regional teams.